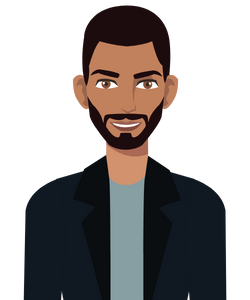 People use the phrase "that sparked my creativity" quite often. Well, if you know anything about electricians and their work, you might interpret this sentence a little differently from the average person. Electricians work with wires that can easily create sparks, although they usually prefer not to have this happen. And indeed, their jobs require more creativity than you'd probably imagine. They have to come up with creative ways to hook up appliances in odd locations, and they have to think up ways to run circuits in old homes with outdated panels. We love this aspect of an electrician's work, which is why we write this blog.

A standby generator is nice to have when you lose …

You really want to make sure that you are thorough …

As a homeowner, you know that extended power outag …

Businesses of all sizes and types rely on electric …

Having a secure and safe commercial premise is imp …

Maybe This Will Spark Something

There are many types of electrical work that a home may require over the course of time. Whenever your home needs to have electrical projects completed, a professional electrical contractor should be hired for the work.

Faulty outlets can be one of the more common electrical issues that a home could experience. Often, these issues can be due to loose connections forming in the outlet. This can lead to it failing to provide consistent power to any connected devices. Unfortunately, this can be both an inconvenient issue as well as a serious safety risk. An electrical contractor will be able to safely remove the faceplate from the outlet and repair the problem that is impacting the flow of power through the outlet.

The breaker box is a critical component of the electrical system as it will play the central role of directing the flow of power through the house. While a homeowner may not anticipate needing to have the breaker box replaced, there can be instances where it is unavoidable. A common example of this could be a powerful lighting strike or power surge that could actually melt the internal components of the breaker box. While replacing a breaker box is a very complicated process, it is possible for an electrical contractor to effectively replace the breaker box. Unfortunately, this may take up to a couple of days to complete due to the number of connections that will have to be managed during the removal of the current breaker box and the installation of the new one.

For a homeowner that is wanting to reduce the impact that power outages will have on their homes, the installation of a generator can be an upgrade that will greatly enhance the resiliency of the house. In particular, the generator will be able to provide the house with a steady supply of power until electricity is restored. While a generator can be immensely useful for a homeowner, the installation of one can be one of the more complicated electrical projects that you may require. This is due to the generator needing to be safely connected to the home's electrical grid. Mistakes with this process could cause extensive damage to the house as well as extensive injuries. Due to these potential hazards, it is common for both insurance policies and local building regulations to require this upgrade to be completed by a licensed electrical contractor.